My last teaching day was fun...that's to say we partied all day. Sara and I ran a pirate party with lots of raucous games and then Amelia had organised a class party. The children arranged everything, bringing in sweets, cakes, chocolate, drink and more cake. They each gave a little speech. Amelia's was fabulous, thanking everyone for coming and helping her to organise the whole thing. Quite the little hostess!

I haven't been emotional which I am quite surprised about. Certain moments have touched my heart; Georgie crying when her House rewarded her efforts as their House Captain with a beautiful card; Megan's superb Acrostic Poem; the bread roll from Maddy and Lissy. I had to expain the process of rocks becoming soil to the whole of the school using a bread roll with a face drawn on it...you had to be there!

Prize Day was much better than I expected. I may not like the fact that the children didn't get to sit with their parents but the format was much better than usual. The Chair of Governors wasn't there, which always helps. His place was taken by Christine Snaith, who truly loves the school. The guest speaker, Stuart Boreham, was pretty good and brought a teddy with him, which always helps. The teddy has rowed across the Atlantic with him!

Ben did OK too, but then he does when he has a list to follow. He gave his speech and gave the prizes at the same time which worked very well. I got five mentions during the whole event, as Year three teacher, as ICT coordinator, as the awardee of my new prize ( for creative thinking ), during Isaac's reply to the keynote speech ( because of his trip to NZ) and then at the end, I was given my 'stannite badge'. I was rather taken aback. Stannites are the old boys and girls, not usually teachers. I was dead touched. I bet it has something to do with Christine!

I got lots of hugs from children, Candice cried again, and many parents came to say thank you. I had a lovely card from Jack's mum. I do need to send some notes to my class. They have made this last year so much better than it could have been. They really are a gorgeous group of children. 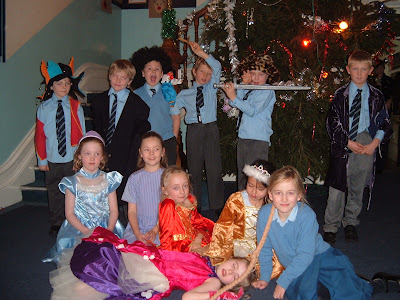 Posted by Jo Ashcroft at 9:39 PM No comments:

Jo Ashcroft
Parau, Waitakere, New Zealand
The number plate on my car reads 'BIPOLR', my house is full of embroidery thread, fabric and W.I.Ps (works in progress), generally completed cryptic crosswords and I tweet, facebook, google, blog and surf ( are they all official verbs now? Hmm just about sums me up that paragraph!Oh and I teach gifted kids once a week, mostly coz I was one... I was diagnosed with Manic Depression in 2004 after suffering from something for about 20 years.I am a mum first and foremost, then a teacher, then possibly a person! Oh and don't forget the crafter. That bit keeps me happy sane and safe! Crafting for health and well being!!!

Yet another Game of Thrones Book by George R R Martin-it's the white one- with Tyrion, JOn, Bran, Daenerys and Reek in it, not the boring other half one with Cersei and Jaime